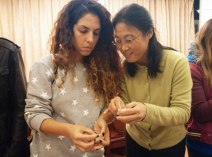 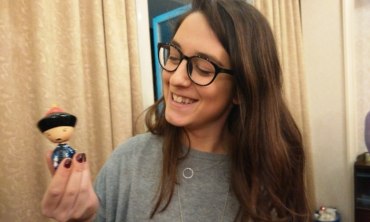 On December 22, 2014, the Campus Community Advisor Program, in coordination with the Chancellor’s Secretariat Office and the Campus Services Office, held a Dongzhi Celebration at Peking University Shenzhen Graduate School.

At this event, Chinese staff and campus advisors were able to show international faculty, staff, and students the art of making a dumpling. After some practice and many dumplings later, the group broke into teams of five (4 international students and a staff member) and competed against one another to see which team could assemble the most dumplings in one minute.

Additionally, five candies were randomly placed into dumplings as per tradition and those who found the candies won a prize. Everyone went home with a gift and a full stomach that night.