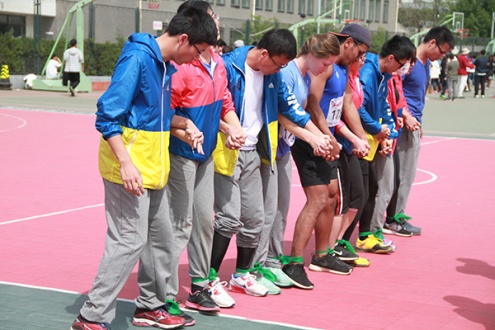 The 23rd Peking University Sports Games were held in Beijing’s May Fourth Stadium for two days beginning April 24, 2016. PKU Shenzhen sent a team of 29 athletes (15 male and 14 female), including five international students. In a fierce two-day competition, the athletes from our school showed excellent performances in both individual competitions and tacit cooperation in the team competitions with 7 gold medals in the track and field games. Our graduate school finally won first prize with the score of 230 in the first division group, an impressive 78 points above second place. PKU Shenzhen has won first prize for five consecutive years and protected the invincible reputation of our school in the competition field.

Though tryouts and rigorous training lasted for over one month, athletes together with the coaching teachers Hu Jijie and Qin Efei from Shenzhen graduate school flew to Beijing on April, 20th and hunkered down for intense competition prep immediately. During the first day of the game, the athletes from our graduate school went straight to finals without any suspense according to the excellent performances in the preliminary contests of the running races for the male and female 100-meter, 200-meter and 400-meter. Additionally, PKUSZ won the second and fourth prizes in the long jump division for women and fourth prize in the sit-up division. In the following finals, we won the seventh and eighth prizes in the running race of 1500-meter for women, fifth prize in the men’s 1000m running, the second and fifth prizes of the women’s 5000m running race, fourth prize in the men’s 5000m running race and seventh prize in the group game of jump rope. 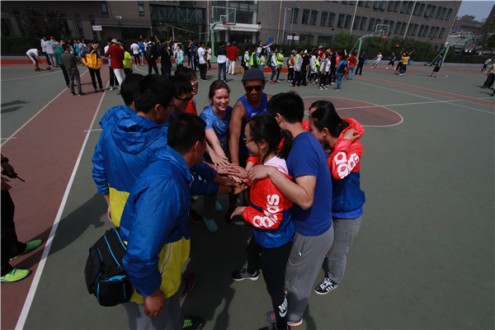 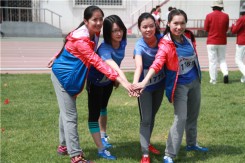 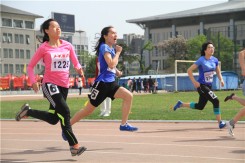 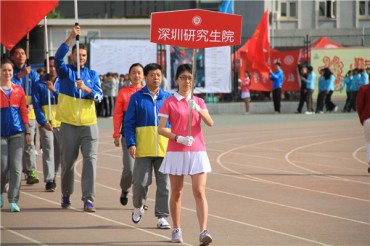 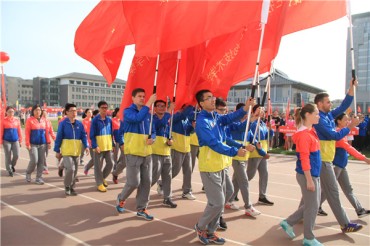 During these sports games, there was a slogan hung in the May Fourth Stadium, saying “Please cherish the people that remind you to do sports” from the premier Li Keqiang. Victory is also not only seen in the final scores but also is a kind of spirit in and of itself. Defending the title for the fifth consecutive year encapsulates the hardworking spirit of our Peking University Shenzhen Graduate School students.

Article and photographs by 王可佳 张祺
Translated by Diana Yan