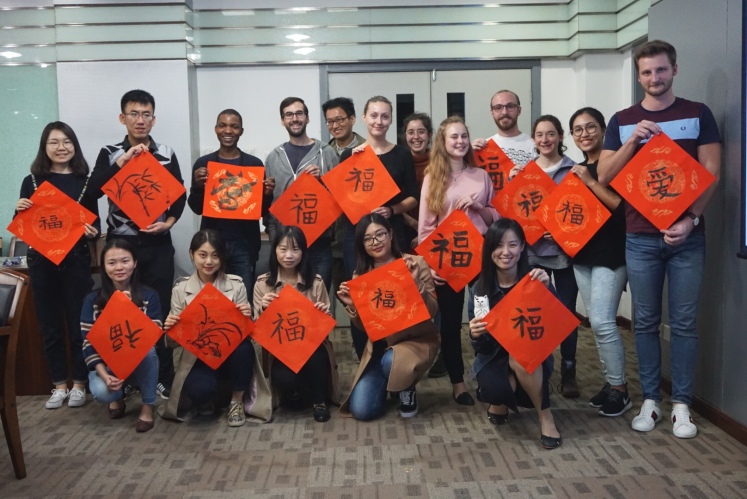 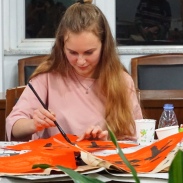 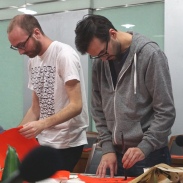 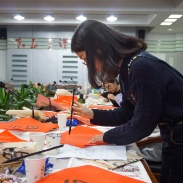 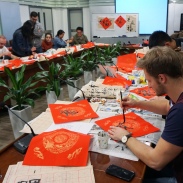 Cyrill and everyone moving on to the final red papers

In the beginning of this party, members from Nanyan Calligraphy Association gave a brief introduction on the origin, essence and basic instruments of Chinese calligraphy, as well as basic writing skills. Then, Sun Zhipeng showed in detail the handwriting of a Chinese letter, “fu”, which represents happiness. After finishing each stroke, he would give a specific description as to the writing skills of this stroke by pen brush.

Other members of Nanyan Calligraphy Association and CAs observed the writing processes of each international student and gave them one-on-one suggestions in their writings. Even though this event was only two hours, each participant accomplished their own “masterpiece” and took some of their favorites back to decorate their dorms. 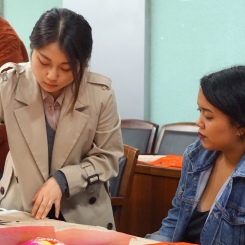 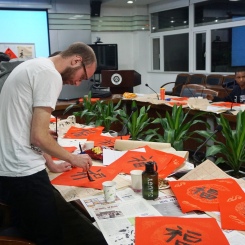 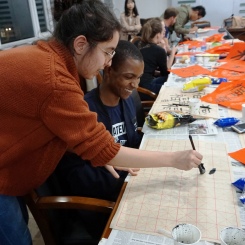 At the end of this event, Tim, a second-year international student from PHBS said: “I do enjoy this event. It was really helpful for me to have the introduction of Chinese Calligraphy through PPT at the beginning. All in all, the whole process of learning Chinese calligraphy is wonderful!” Another international student Ekaterina praised: “This event is really good. I like Chinese Calligraphy!”