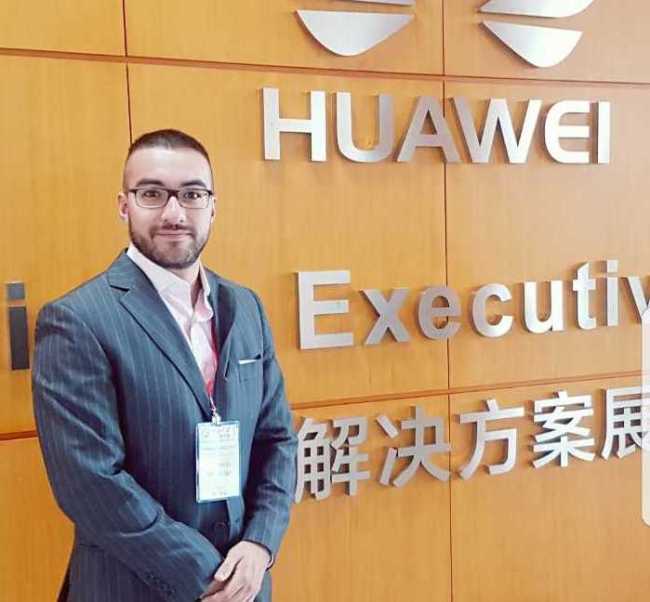 Moving to China is a big leap. For some it’s intimidating, for others it’s a natural next step. But for many people, it’s a little bit of both. Eduardo Meythaler was studying business and finance at the Universidad de Los Hemisferios in Quito, Ecuador when he realized he wanted to move to China. While in school, he also worked in the finance department of a construction company whose main client was Huawei—a Chinese multinational telecommunications equipment manufacturer, which is now the world’s largest.  As a result of their dealings, he decided to study Mandarin and pursue a master’s degree here in China.   Just a few years later, Eduardo is three academic quarters into his first year at Peking University HSBC Business School (PHBS) where he studies management.

After making up his mind to move across the Pacific, Eduardo set off to do research. To sift through all of the programs in China, he factored in the availability of an English program, curriculum, and living conditions between China’s top cities, among other things. However, after coming across PHBS he says he “fell in love instantly with the program,” adding that the plethora of information on campus life, associations, and classes helped assure him of his decision in moving across the world. In his time so far, Eduardo has mostly taken required courses and is currently enrolled in Econometrics, Strategic Management, and China Studies. Because he studied business before, he has come across certain topics that he’s previously studied but he doesn’t mind at all, saying, “It’s cool because you have many people from different parts of the world. They all have different backgrounds and perspectives, and you get a lot out of that.”

On campus, Eduardo is one of just three Latin Americans but he hopes that will soon change. “It really is the land of opportunities,” he stresses that this is especially true of Latin American-Chinese relations. “A lot of businesses [in Ecuador] want to do business with China,” though he acknowledges the cultural and lingual barriers to doing so. But this makes the situation even better for those looking to bridge that gap. He says of full-time students, “[we] have the proper time to understand China and learn about how people behave and what they prefer—it’s so worth it,” adding that merely announcing his acceptance to PKU Shenzhen already had people back home eager to do business with him in the future. “Everyone is talking about China, but only a few want to give it a try and move here—so that’s a huge plus!” With a head for business, it goes without saying that while completing his two-year master’s program here, Eduardo has also got an eye out for any future opportunities.

Although he enjoys the quiet campus environment, he pushes himself to experience Shenzhen as much as possible. “I love to go outside of campus. I have a rule where I have to go outside of campus at least once a week and explore Shenzhen and talk with locals.” On weekends, you could find Eduardo anywhere from the electronics maze that is Huaqiang Bei, to enjoying a cup of tea with the artists at Dafen Oil Painting Village—or even at Renmin Park singing and dancing with the crowds on the square. Not only does he find this to be a great getaway from classes and assignments, but it’s also the perfect opportunity to practice his Chinese and truly live life in Shenzhen. “Everything in China is an experience; you will see something new every day and that is cool because normally you can get lost in a routine, but here you can even just go to Pingshan [neighboring ‘village’] and everything is different.” 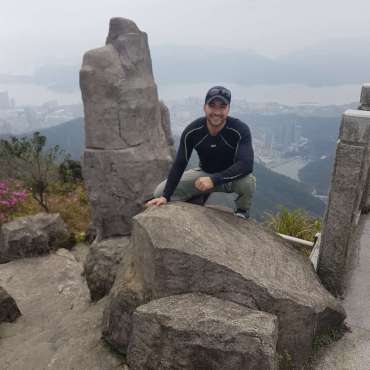 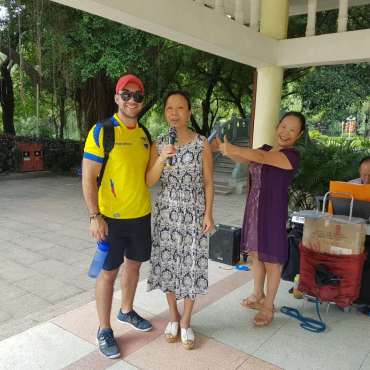 At Renmin Park in Luohu, SZ

Despite never having set foot in China before moving here, he’s enamored by it all. “When people come to China and see how it really is, they will fall in love,” Eduardo tells me. He speaks highly of his new city, particularly its overall convenience, safety and unique cross between the old and the new. Despite reading books and watching videos to prepare you for your arrival in China, it will still be a shock that takes time to overcome. Eduardo advises those interested in moving to China to prepare by picking up a little survival Chinese, “Even though you cannot have whole conversations, you can at least transmit some ideas for ordering food, grabbing taxis… I couldn’t imagine myself arriving to China without knowing ‘Ni hao’!”

As for what’s to come after graduation, Eduardo is keeping his options open. “For sure I want to do business between Latin America and China. I know that in the long term, I want to be [in Latin America] because I want to give back to my region. But I definitely want to work closely with China. I know that’s a huge challenge but I’m confident in it.”  In the meantime, he’s enjoying campus and his life in China. Be it the voluntary military training he attends every Wednesday morning, eating grilled mantou (steamed bread) in Pingshan, or the hours spent in PHBS study areas poring over case studies, Eduardo is savoring every moment. “I would encourage more people to come to China. Of course it’s a challenge, but it’s completely worth it. Everything is changing and growing—it’s the right moment and place to be.”