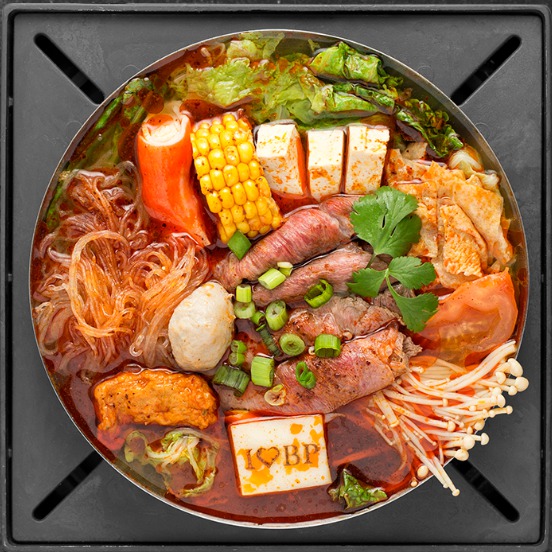 In recent years, a kind of food from Taiwan called “Smelly Pot” suddenly swept the world. Boiling Point is a famous “Smelly Pot” chain store. They have brought the Taiwanese “Smelly Pot” to California and then all the way back to China. Today we will talk about the wonderful taste of “Taiwan Smelly Pot”.

The reason why the “Smelly Pot” earned its peculiar name is that it uses fermented tofu as its main ingredient. Fermented tofu may smell bad but tastes very delicious. Actually, fermented tofu is a distinctive Chinese traditional snack. This ancient mouthwatering food will snatch your heart if you pluck up the courage to give it a try.

According to legend, during the Qing dynasty, there was a man named Wang Zhihe at the front gate of Beijing’s Yanshou Temple. His family was living in a tofu workshop. One day, because he was anxious to spend money, he told the whole family to produce as much tofu as possible to sell. However, opposite to his expectations, on the day he made the most tofu, the least number of customers came. At that time, refrigerators had not been invented and the left-over tofu would become yellow, fermented, and finally get stinky over time. A lot of tofu would be wasted because the weather was very hot, which made Wang more anxious. Suddenly, it popped into Wang’s mind that his mother had taught him that if he wanted food to stay longer, he should sprinkle salt on it. “Perhaps this method is also effective for tofu”, he thought, “ Let’s try it.” He sprinkled salt on the left-over tofu and placed it in the backyard. Another day, when he went to the backyard, he discovered that the mold on the tofu was gone. He felt very curious, so he tasted it and found the fermented tofu was unexpectedly amazing. Since then, the fermented tofu has been “notorious” and has spread around the world.

There are considerable differences in the methods of making and using the fermented tofu in various areas of China, but all the varieties of fermented tofu have one thing in common: It smells bad but tastes amazing. Actually, fermented tofu smells bad because in the process of fermenting, pickling and post-fermentation, the contained protein is fully hydrolyzed to produce hydrogen sulfide which has the smelly pungent odor. However, protein decomposition also produces amino acids at the same time and amino acids have a delicious taste, so fermented tofu tastes awesome.

Boiling Point started in California and introduced “Smelly Pot” and fermented tofu to people all over the world. They mix the fermented tofu into a small hot pot, which is of Chinese characteristics as well. Mixed with other rich ingredients, the umami of fermented tofu is displayed to the maximum extent, so every branch of Boiling Point in the United States, Canada and China is quite popular. In Shenzhen, the Boiling Point located on the second floor of West Coast of Coastal City Business Culture Center. It is the first branch in Asia, so you can imagine the queue of customer is always very long. 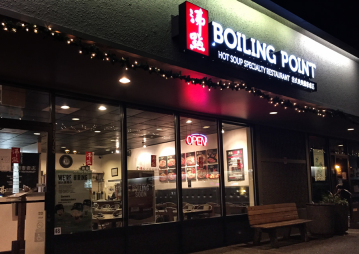 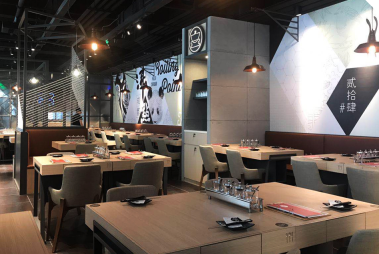 At the Boiling Point in Shenzhen, the warm light spreads over every corner of the store. The space is decorated as concise modern American style combined with the avant-garde LOFT style, creating a modern yet warm dining atmosphere. The most interesting thing is that their stoves are designed for the “smelly pot”, which has applied for patents both at home and abroad. The outer layer of the stove is forged by high-strength aluminum alloy, which will not produce harmful substances even if it is burned for a long time and reused. In addition, the original inner design can prevent heat from conducting to the outer layer, which not only ensures the safe use of fire, but also protects customers from being hurt. Therefore, while enjoying hot pot in such a considerate store, all you need to do is pay attention to the food.

In Boiling Point, no matter what kind of taste you prefer, there is enough choices for you. Everyone can order his/her own small hot pot. Every pot on the menu is worth 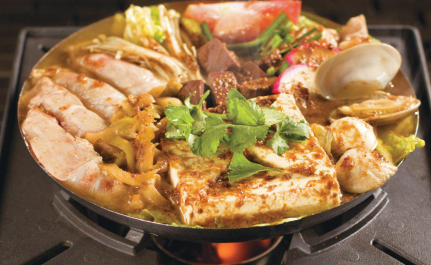 Since “smelly pot” has become so popular within China, there have been many branches in several other cities in China. Boiling Point serves not only the delicious “smelly pot”, but is also an ideal place for gathering with friends, enjoying the food and the happy times together.